A Cleveland, Tennessee resident was recently the target of a scam based on fear: She had a message on her voicemail  that mentioned Social Security, and told her if she didn’t call them back in a timely manner she would be arrested.

Upon calling them back, she spoke with people claiming to be law enforcement Investigators and Case Managers and told her that a car registered in her name had been found in Texas, with blood in it.  They said there was an ongoing investigation, that they had record of her buying several cars and houses.

They told her that her accounts would be frozen.  They then told her she needed to go to her financial institution and wire all the money in her account to a certain bank, which they provided wiring instructions for.  They also told her that she should tell her financial institution the money was for family; if she told anyone the truth it would compromise the investigation and they would be “forced to take action against her”.  They said if she didn’t comply they would be at her house at 12 o’clock to arrest her.

The victim is a member of the credit union and when she approached our Member Service Associate Lisa Burkhart, she was visibly distressed.  When she told Lisa what she needed, Lisa became suspicious and asked the member for more details.  The member proceeded to tell Lisa the situation, and Lisa recognized it as a scam and helped the member from there.

Credit Union employees are trained to watch out for potential scams, and all parties are very glad that Lisa used her training and genuine concern for our members to figure out what was happening so the member could be protected.

Scam artists often use fear and threats to encourage quick action from their victims.  If you are ever unsure about a situation that involves someone requesting money, a wire transfer, or personal information like your Social Security Number or Card Number, call us at 423-336-7268.

Versions of this scam have happened across the country recently, here are some similar stories: 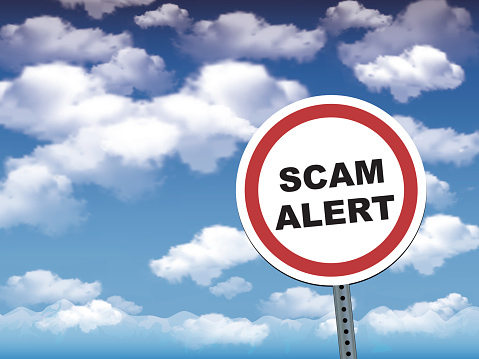